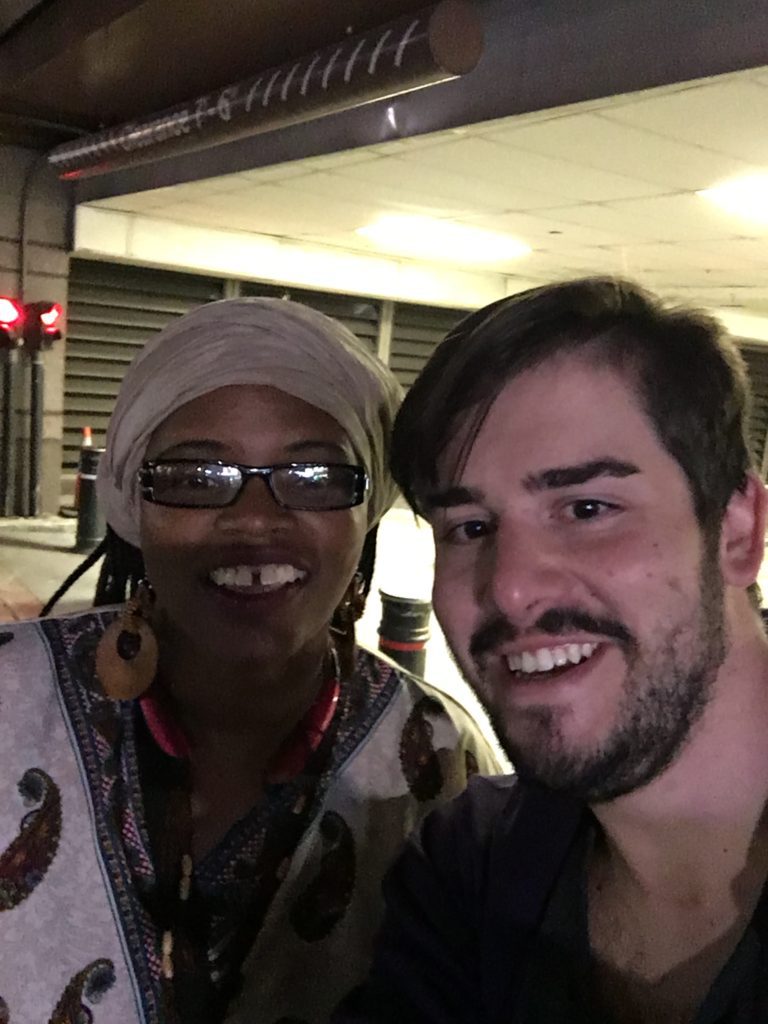 Wednesday morning came and I realized that I could no longer let my fear, anger, or privilege keep me from living out my faith’s truth: that life is precious, valuable, sacred. Later that evening, I got in my car and headed to Charlotte for a vigil that was held in Uptown. As the vigil was ending, I got the news that a protester had been shot. For me, it was clear, my prayers need feet. I joined with friends – fellow organizers, colleagues, and pastors. We marched through the streets of Charlotte as a peaceful witness to the fundamental teaching of our faith – love your neighbor.

During the protest, police showed up in riot gear. To me it was clear who was there for peace. I joined others in chanting  “#BlackLivesMatter,” “No justice! No Peace!,” and “Hands Up, Don’t Shoot!.” I watch as police divided our organized witness and used force and tear gas to push us away from one another. I watched as black person after black person was cuffed. I watched as white folks stood between protesters and police, using their bodies, realizing they were at less risk.

More Light is committed to being in conversation and action against racism. We acknowledge  that the LGBTQ community is not immune from the sins of white supremacy and want to resource our congregations, chapters, and members to be aware of white privilege and how to show up as a white ally for racial justice. There has been a call to action from several groups in Charlotte (see below). If you are in the area, we encourage you to join together on Saturday, September 24 for this public witness.Also, we are sharing a statement from our partners for LGBTQ welcome in the church. Please consider signing on to this statement and sharing with your friends and congregations.