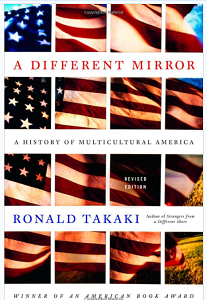 A Different Mirror was hailed by critics and academics everywhere as a dramatic new retelling of our nation’s past. Beginning with the colonization of the New World, it recounted the history of America in the voice of the non-Anglo peoples of the United States–Native Americans, African Americans, Jews, Irish Americans, Asian Americans, Latinos, and others–groups who helped create this country’s rich mosaic culture.